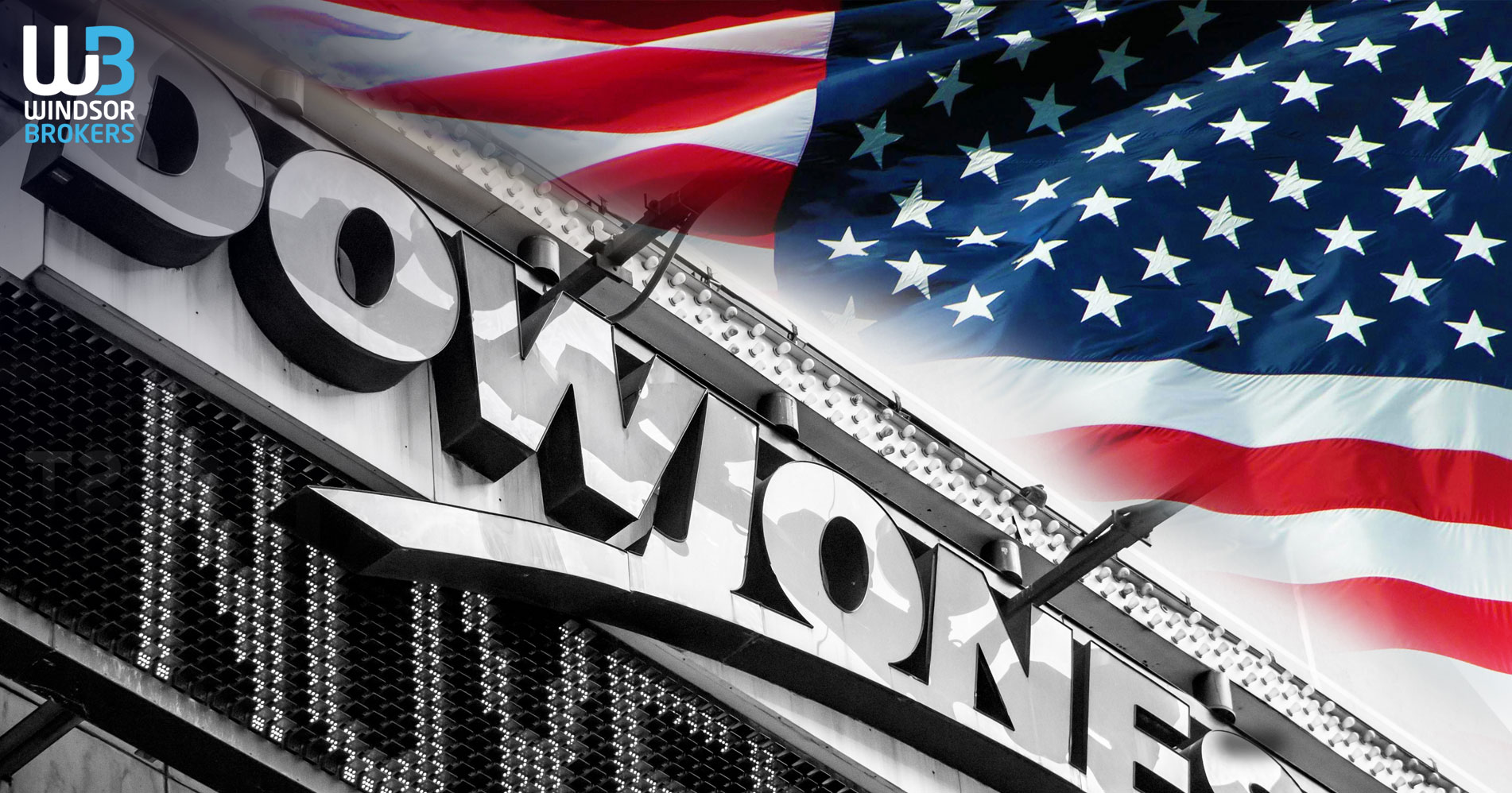 Bears are taking a breather after heavy losses last Friday, but remain intact on prospect of longer period of higher US interest rates

The Dow Jones falls further on Monday, in extension of last Friday’s 3.2% drop (the biggest daily loss since May 18), as US central bank’s plan to continue tightening its monetary policy to fight soaring inflation, even at the cost of stronger economic slowdown, sparked fresh wave of risk aversion.
Bears hit one month low, probing below 100% Fibonacci expansion of the third wave of five-wave cycle from 34244 (Aug 16 high), also marking 55DMA and 50% retracement of 29638/34244 rally where the downmove faced headwinds.
The action remains under pressure from strong migration from riskier assets into dollar on growing prospect of longer period of higher interest rates and also weighed by a massive daily and weekly bearish candles (the index was down 4.2% last week).
Fresh bearish structure was boosted by completion of Doji evening star reversal pattern on weekly chart and bears could be attracted by daily cloud twist (31534) later this week.
Oversold conditions may prompt traders to take profit after last week’s strong fall that would put bears on hold for consolidation / correction.
Initial barrier lays at 32355 (100DMA), followed by broken Fibo 38.2% (32485), which should ideally cap correction ahead of fresh push lower and renewed attempt through 31940/900 pivotal support zone, loss of which would risk extension towards 31397 (Fibo 61.8% of 29638/34244).
Only rebound above 32800 zone would sideline bears. 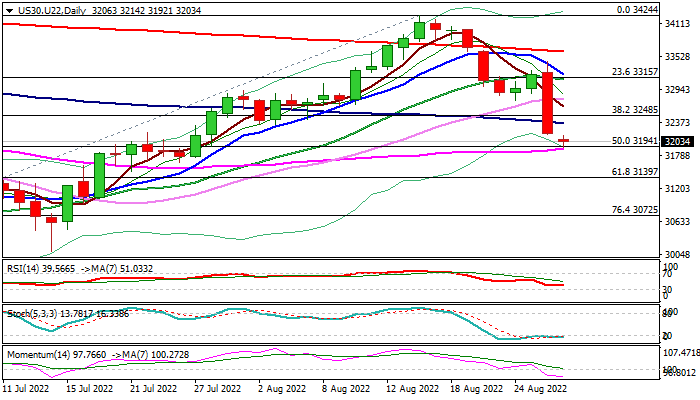