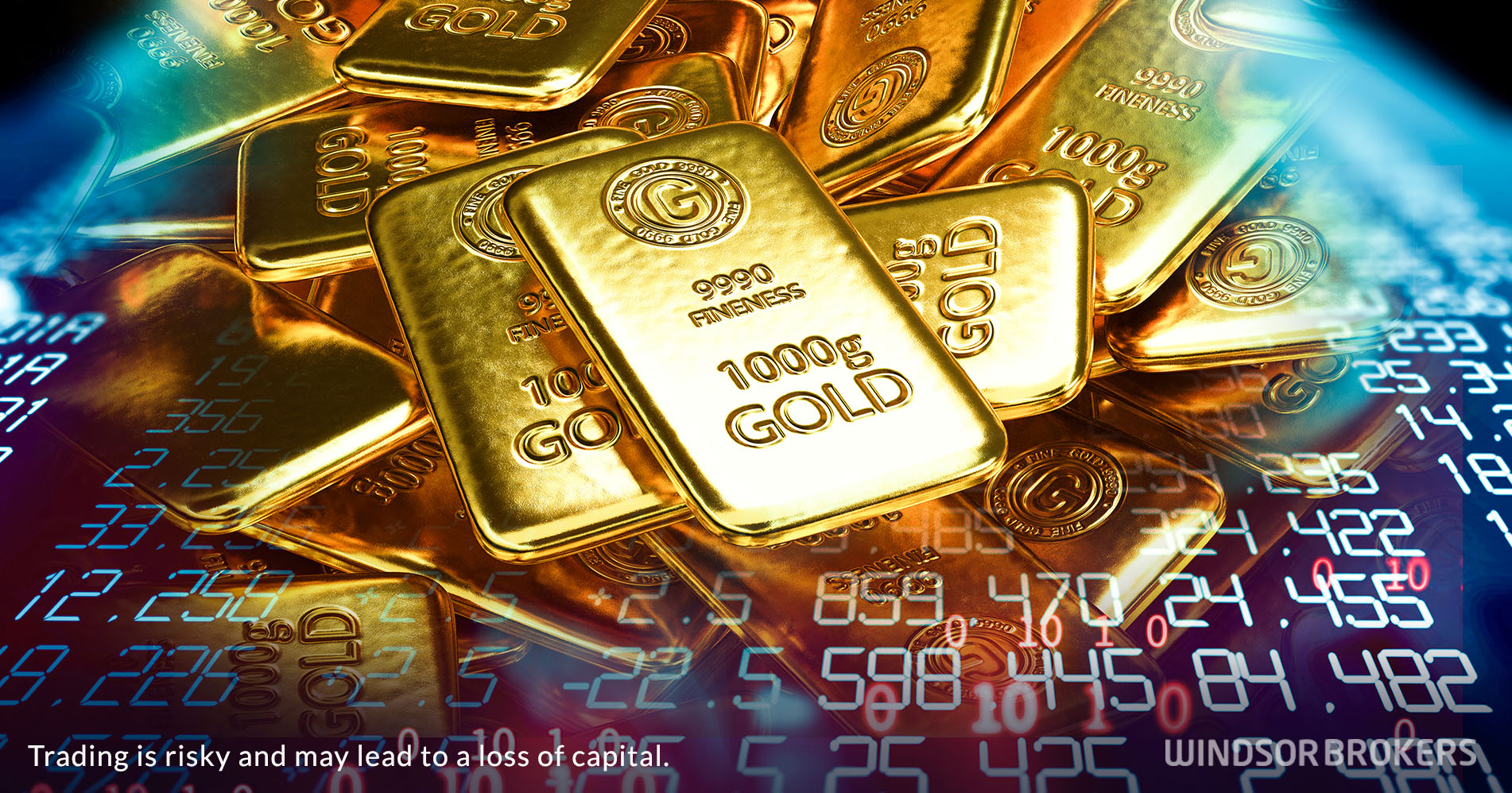 Spot gold price fell to one month low on Monday, in extension of last Friday’s 1.2% drop, under fresh pressure on comments from Federal Reserve Chair Jerome Powell, who signaled that the central bank remains on track for further policy tightening, which will basically remain until the price stability is restored.
Fresh weakness broke through key supports at $1729/27 (Fibo 61.8% of $1680/$1807 ascend / Aug 22 former trough, with clear break here to generate  strong signal of continuation of the downtrend from $1807 (Aug 10 high) after a brief correction and completion of failure swing pattern on daily chart.
Near-term action is pressured by thick daily cloud, following Friday’s break and closed below cloud base that generated initial bearish signal.
Daily MA’s in bearish configuration and rising negative momentum, support the notion, with close below $1729/27 pivots to open way towards $1710 (Fibo 76.4%) and unmask key supports at $1700 (psychological) and $1680 (2022 low, posted on July 21).
Broken daily cloud base ($1738) reverted to solid resistance, which should ideally cap upticks and keep bears intact. 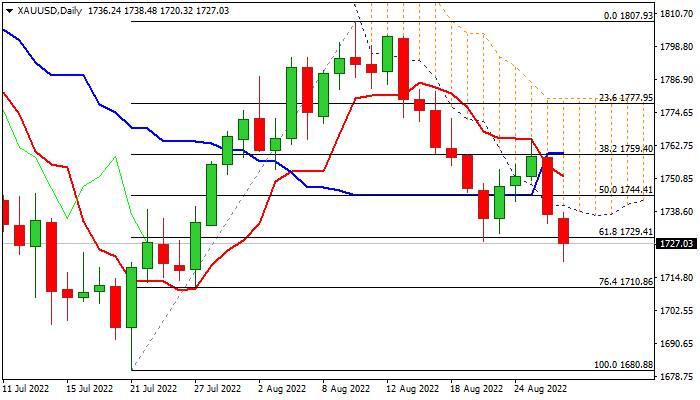 Bears are taking a breather after heavy losses last Friday, but remain intact on prospect of longer period of higher US interest rates