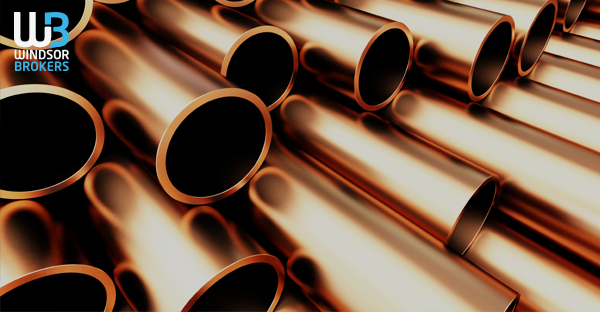 Copper bounced from day’s low at $3.1085 in early American session after being hit by fresh strength of dollar which pulled the price lower in early Monday’s trading.Strong rally on Friday generated positive signal on formation of bullish outside day, which could signal extension of recovery from Friday’s low at $3.0540.Brief probe above Friday’s high on Monday was so far short-lived and capped by 100SMA ($3.1515), which marks initial resistance, as the price faces strong headwinds from plethora of daily MA’s above (laying between $3.1640 and $3.1930).Fresh bulls could be obstructed further if the price closes below cracked daily cloud base ($3.1297) which could signal a false break into thick daily cloud and keep the downside vulnerable.Bearish daily studies (MA’s in negative setup; RSI turned lower from neutrality zone and 14-d momentum turned sideways in deep negative territory) keep the downside at risk, as the price could be weighed by thick cloud if Monday’s action closes below it.Lower pivot lies at $3.10 zone, loss of which would signal an end of corrective phase, while potential fresh upside attempts would face tough work to regain upper pivot at $3.1970 (daily cloud top) break of which will generate strong bullish signal. 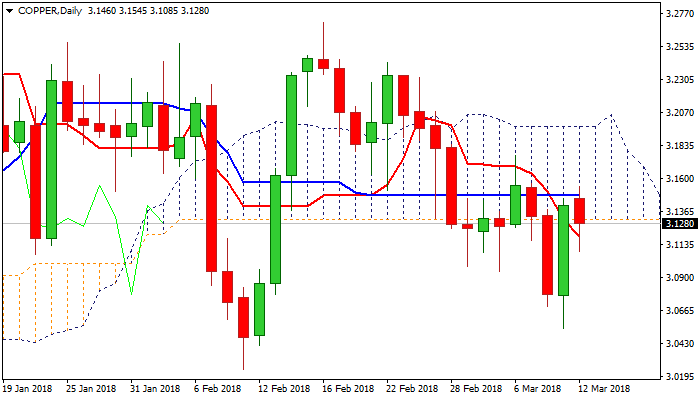