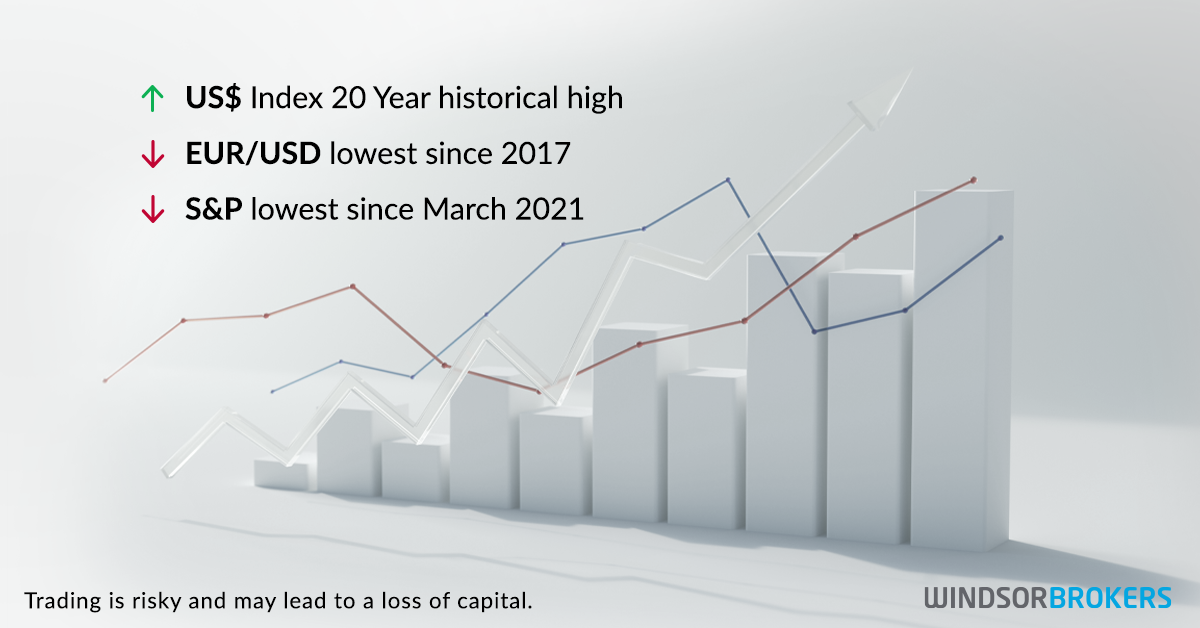 On the days when traders and financial market participants are waiting for any news related to Inflation in the US, which shows the practical effects of the Federal Reserve’s policies to control the high Inflation, on Wednesday, May 11, the Consumer price index was announced, which showed more than expected. Inflation continued to rise 0.3 percent in April. Meanwhile, core CPI increased by 0.6 percent to 6.2 percent (YOY).

This increase in Inflation indicates that we will probably see a higher level of contractionary policy from the Federal Reserve, the most important of which could be an increase in interest rates at a higher rate. Interest rates were previously expected to rise as much as 0.5 percent at the upcoming FOMC meeting on June 15, with new inflation data likely to rise as high as 0.75.

Don’t miss out on trading opportunities on market volatility