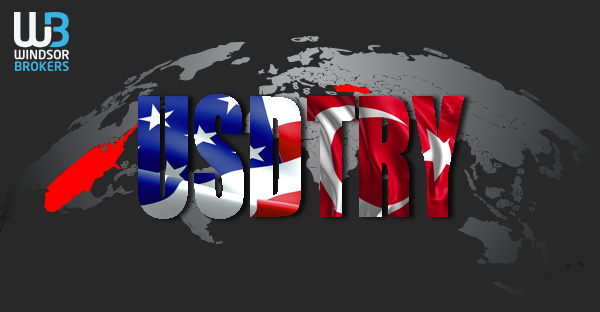 The Turkish lira weakened on Wednesday after the CBRT kept interest rates unchanged in widely expected outcome of the policy meeting.
The USDTRY pair jumped to 3.80 zone after release, recovering from Tuesday’s fall to 3.7861 which threatened to violate key support at 3.7806, provided by the base of thick daily cloud.
Although signaled by candlesticks in previous sessions, the dip was seen as positioning for fresh longs as traders anticipated that the CBRT won’t make any changes in the policy.
Turkish central bank left lending rates unchanged at 9.25%, remaining in strong collision with double-digit inflation which slightly eased in February but remains above 10%, double the central bank’s target at 5%.
High inflation remains as the main imbalance for the economy, along with difficult political situation.
President Erdogan supports lower rates in order to boost the economy and marks the one of main obstacles for the central bank to start tightening the policy, which has been advertised recently, but the central bank stays pat after hiking rates in December for the first time after eight months.
Fresh rally needs to regain Tuesday’s high at 3.8121 (also Fibo 61.8% of 3.8239/3.7861 bear-leg) to expose Monday’s spike high at 3.8283 and open way for test of key resistance at 3.8484, break of which could spark stronger bullish acceleration.
Daily studies maintain strong bullish momentum with MA’s turning to bullish setup which could underpin fresh advance. 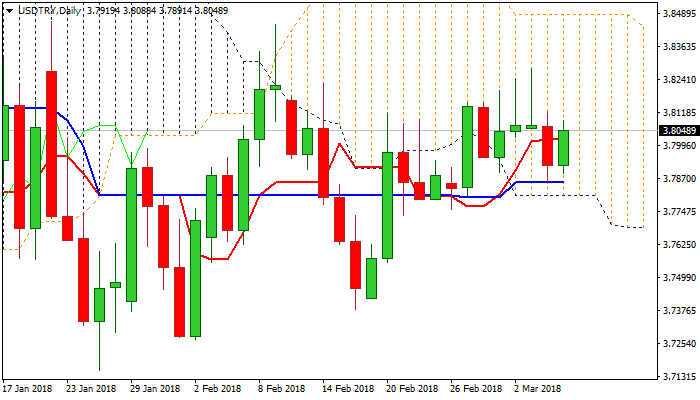