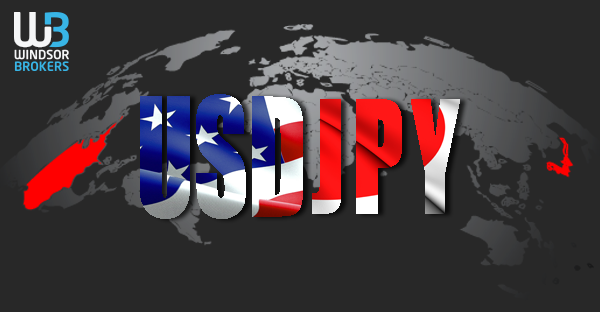 The pair hit fresh 16-month low at 104.63 in Asian trading on Friday after eventual break below psychological 105 support.Risk aversion on fears of global trade war boosted demand for safe-haven yen after US President Trump announced tariffs on Chinese goods and China responded, saying that will fight until the end.However, there will be a 30-day consultation period before the measures will be implemented., which may lower tensions until final decision is made.Break through important 105 support is strong bearish signal for extension of larger downtrend from Dec 2016 high at 118.66, which eyes next target at 104.04 (Fibo 76.4% of 99.53/118.66 rally) and could travel much lower on stronger bearish acceleration.Weekly close below 105 is needed to confirm bearish signal as the pair is also on track for the second straight weekly close in red.Daily techs are firmly bearish (MA’s in strong bearish setup and 14-d momentum heading south, deeply in negative territory) which supports scenario.However, the price may hold in extended consolidation and even bounce higher, as strong bids under 105 keep bears limited for now, but firm bearish structure should not be affected.Former low at 105.24 now marks solid resistance, with extended upticks expected to be capped under strong barriers at 106 zone, provided by falling daily Tenkan-sen and 10SMA. 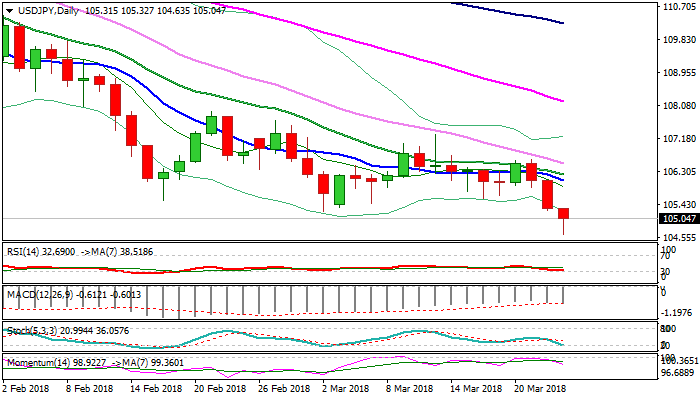 USDJPY stands ticks ahead of 105.24 support, awaiting US tariff announcement