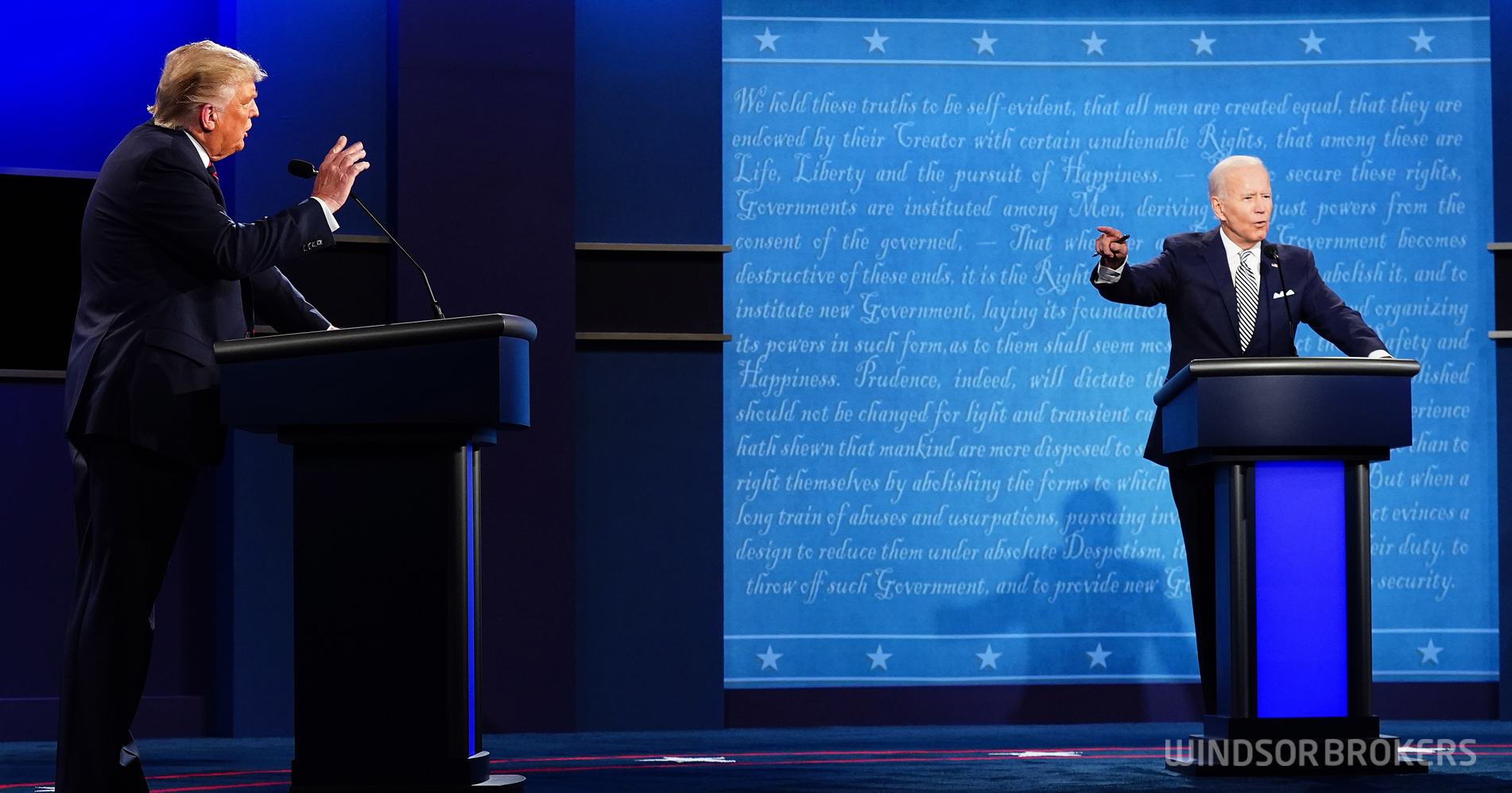 What were the key points from the final US presidential debate?

The final US presidential debate took place in Tennessee last night, and proved to be a calmer affair than the ill-tempered first confrontation between the two candidates. President Trump, in particular, dialed down the volume that has made him such an effective debater.

Indeed, the threat of the mute button had the desired effect, as both Trump and Democrat nominee Joe Biden were noticeably more restrained. Each candidate allowed the other to speak and used respectful tones, with discussions on even the hottest points remaining calmer, and conducted in the right manner.

The Coronavirus pandemic – currently the most important topic for Americans – took centre stage, despite complaints from the Trump campaign that the focus should have been on foreign policy (thus allowing Trump to present his accomplishments more favourably).

Biden attacked Trump over his repeated promises that the disease would disappear on its own, while also highlighting official numbers that show that 220,000 Americans have already died from the virus, with fatalities potentially rising by another 200,000 by the end of the year.

In response, Trump reiterated that a COVID-19 vaccine will be ready in weeks, and offered a personal testimony to the power of the new drugs being used to treat the disease, claiming that he is now immune.

The personal affairs of both candidates were also among the topics raised, with Trump alleging that Biden had personally profited from his son’s business activities in Ukraine and China. Biden denied the accusations and instead turned the focus onto Trump’s tax affairs, as well as his business ties to China.

Trump tried to downplay some of the more extreme steps he’s taken while in office, such as the hard line on immigration he championed in his 2016 campaign.

His administration’s policy of separating children from their undocumented migrant parents was highlighted, but Trump turned the conversation to detention facilities – created by Obama’s administration to house immigrant minors.

Biden noted with indignation that detained children arrived in the country with their parents, and that the policy was making the US a “laughing stock”.

This time around, Trump was considerably nimbler on talks around race relations, having stirred controversy with his comments during the first debate.

He pointed to his cross-party criminal justice reform and funding for historically black colleges, and also attacked Biden for his sponsorship of a draconian crime bill in the 1990s that led to a sharp rise in the number of incarcerated African-Americans.

Both candidates talked about the number of offenders to whom they gave clemency in their efforts to reduce the number of imprisoned Americans, with the mass demonstrations earlier this year signalling that times have changed.

The final debate is unlikely to have a strong impact, as polls show that most Americans have now already made their minds up while over 45 million have already voted. However, the country will now have to wait until November 3 – and possibly longer – to know who their president will be for the next four years.