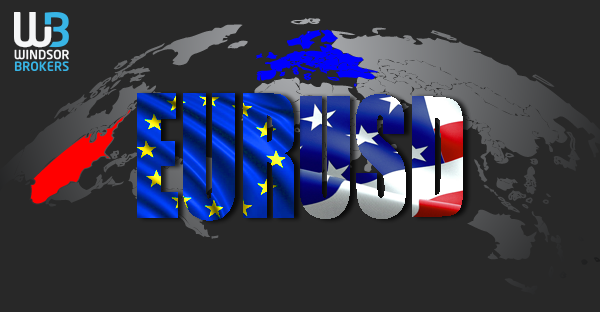 The Euro dented the upper boundary of key support zone between 1.2205 and 1.2173, increasing risk of further easing and eventual break lower.
Loss of these supports would have significant impact on larger longs which are still in play, as a number of stops lays just below.
Negative signal for the single currency today was release of EU inflation data which showed that the bloc’s inflation slowed in February and hit over one year low.
Eurozone inflation slowed to 1.2% (as forecasted) from 1.3% in January, moving further away from ECB’s target near 2%.
Weaker inflation supports ECB’s stance for increased caution in winding down the stimulus, despite strong growth in the EU economy, which exceeded expectations.
The Euro is also focusing on key political events in the zone, German coalition negotiations and Italian election, which could further depress the single currency on unexpected outcome.
Bearishly aligned techs are working in favor of further easing, with firm break through 1.2250/1.2173 pivots, needed to confirm double-top at 1.2237/55 and spark fresh bearish acceleration towards psychological 1.20 support.
To neutralize bearish threats, lift above former range top at 1.2360 zone, is required. 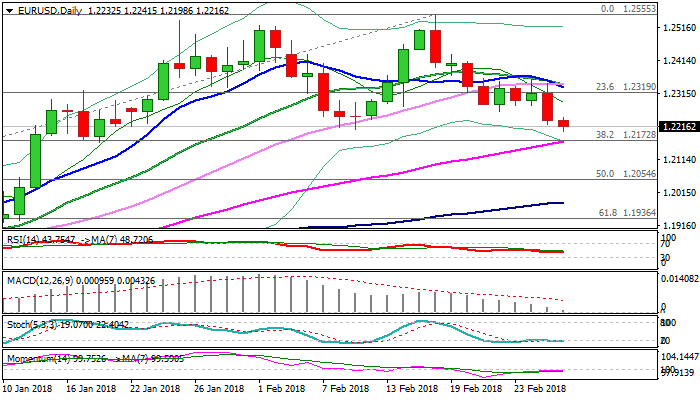