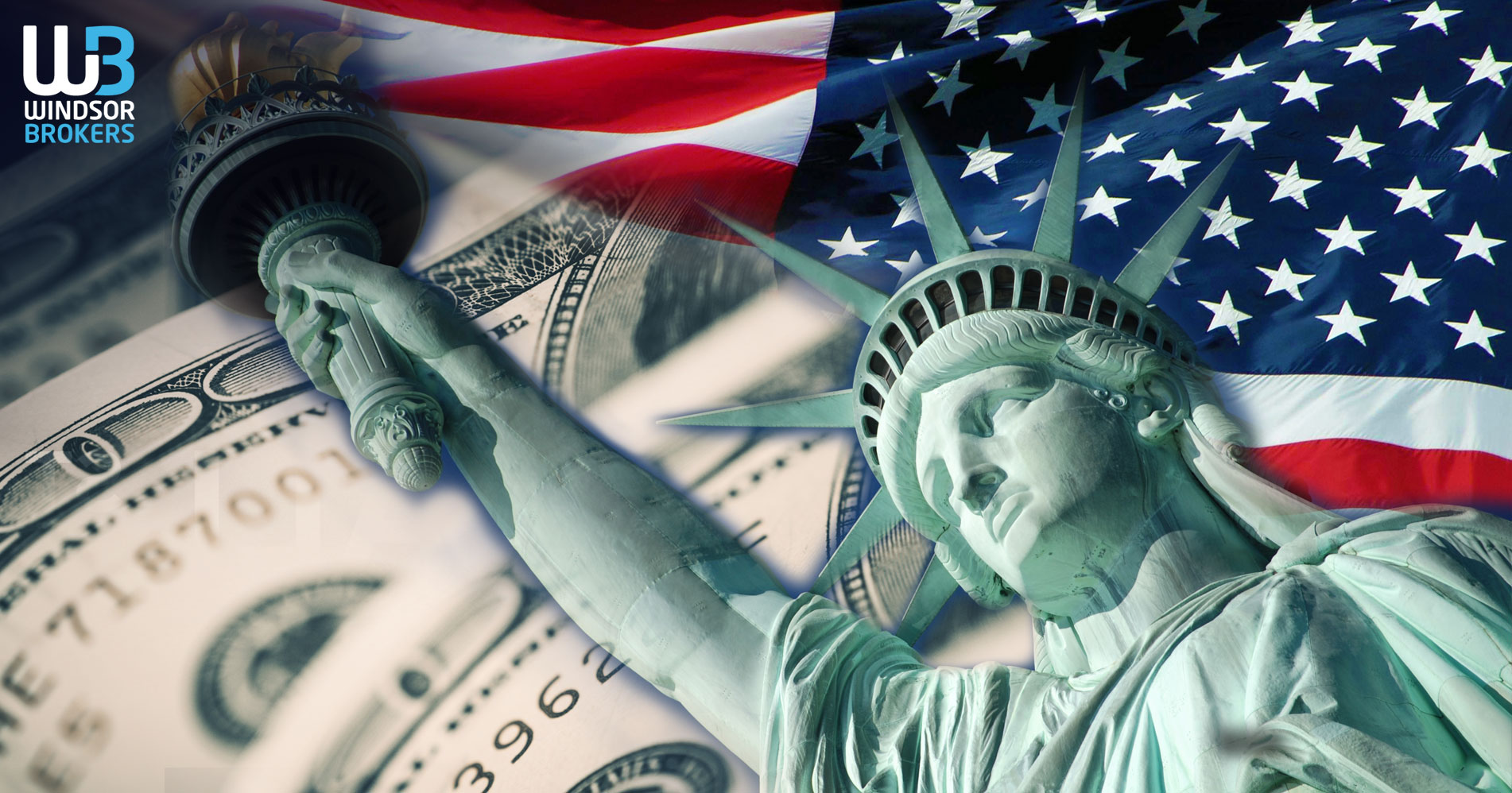 The dollar index remains at the back foot in early Tuesday, extending pullback from new 20-year high as traders collect profits from the recent strong rally, driven by the US central bank start of tightening its monetary policy and signals for further rate hikes in attempts to bring soaring inflation under control.
Improved risk sentiment also contributed to dollar’s dip, along with traders’ focus shifting from inflation towards a growth story, although investors will remain cautious as the market expectations about more aggressive Fed hikes in coming months were cooled down, while rising concerns about the economy might be sliding into recession, add to worries.
This may put larger bulls on hold and allow for deeper correction, with a number of other factors that influence the greenback’s performance, such as growing geopolitical tensions over Ukraine, potential deepening of energy crisis and the effect of major central banks’ policy tightening on raging inflation, in light of slowing economic growth.
Pullback from new 20-year peak cracks strong 103.80 support, former critical resistance (peaks of 2017/2020, reinforced by daily Tenkan-sen and 50% retracement of 102.35/105.04 upleg), break of which would increase downside pressure.
Daily studies show a rapid loss of bullish momentum and south-heading stochastic and RSI that add to negative near-term signals.
Close below 103.80 would expose supports at 103.38 (Fibo 61.8%) and 103.08 (20DMA) which guard a key levels at 102.35/24 (May 5 trough / Fibo 38.2% of 97.72/105.04 rally).
Larger bulls also need to register a monthly close above 103.80 to confirm strong bullish stance, while failure would weaken near-term structure and add to correction signals. 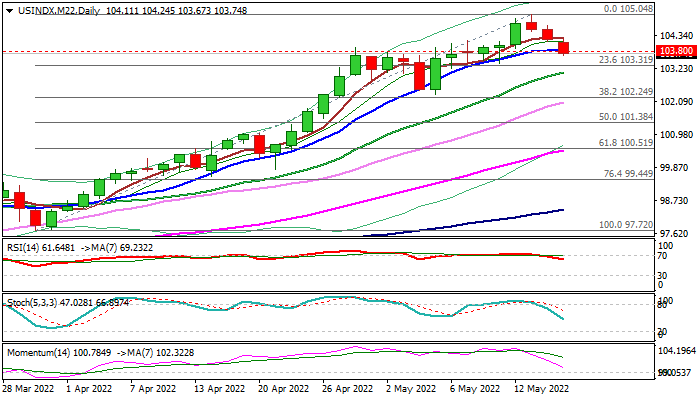 Sterling was lifted by upbeat UK jobs data and expectations for hawkish BoE, as inflation is forecasted to rise to multi-decade high