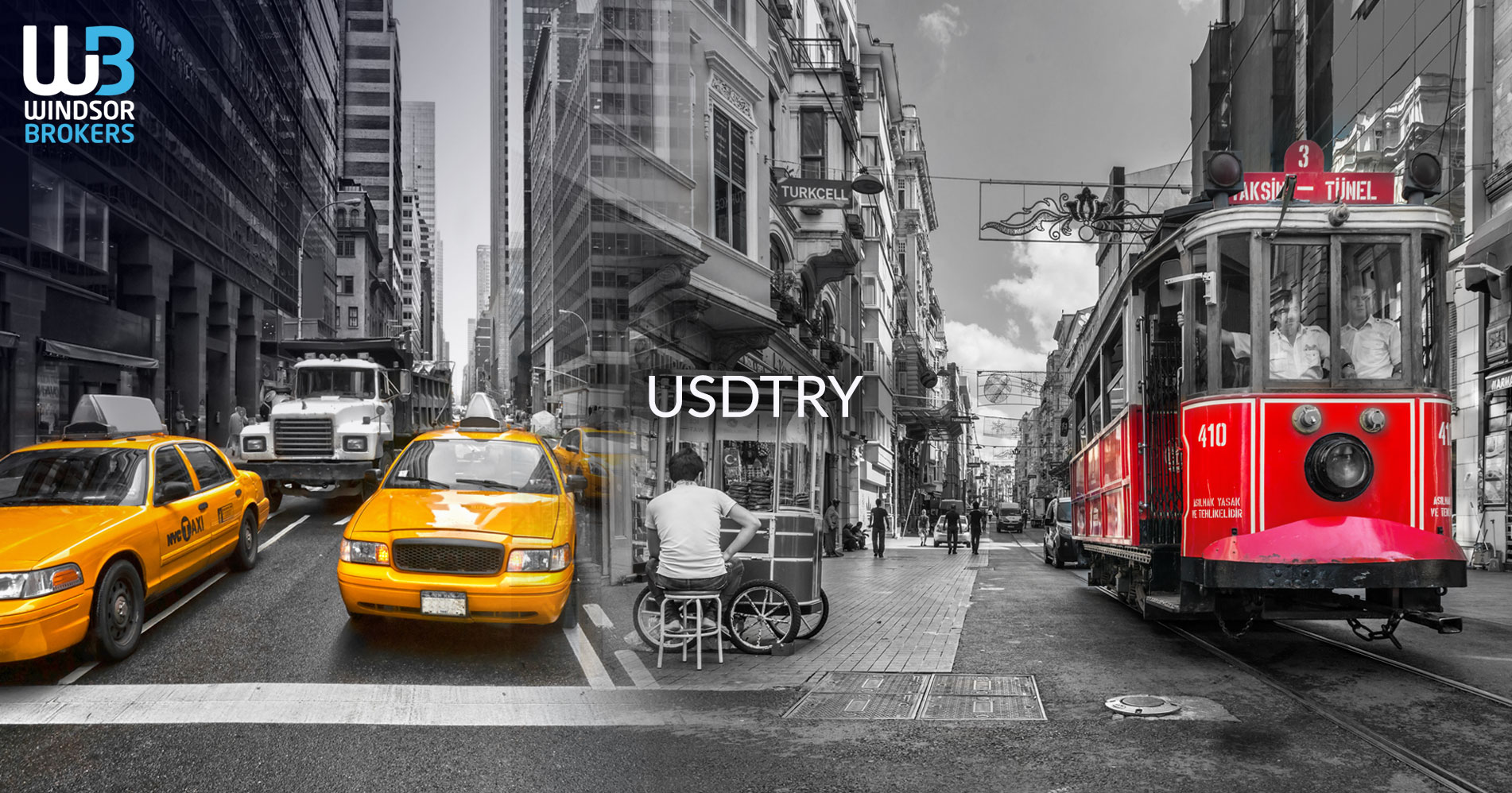 USDTRY was the top performer on Monday and early Tuesday, in a generally slowing pre-holiday market, shook strongly twice by the comments from Turkish President Erdogan.

The currency accelerated to new historical low against the US dollar below 18 mark after Erdogan announced on Sunday possible implementation of Islamic doctrine, which avoids high interest and then sent another shockwave to the market by announcing anti-dollarization plan which would encourage Turks to hold lira savings rather than dollars, but did not provide more details how the government would fund the this expensive and inflationary plan.

The lira has registered the biggest one-day rally in the history, rising over 20% from record low at 18.30 to three-week high at 12.72 on Monday and extended advance in early Tuesday, spiking to 11.01, before losing traction and dropping back to 14.38.

The high volatility is likely to persist, but depending on possible further announcements, while the market is going to evaluate  the latest ideas.
The lira may advance further if plans prove to be workable that would improve very negative sentiment and ease pressure on lira. This would open way for possible major correction of lira’s crash, which turned to a free fall since September.
Otherwise, lira’s gains could be short-lived, and lira would lose ground again if the President’s plan fails.

The situation on weekly chart works in favor of further lira’s strength, as USDTRY’s bullish momentum is rapidly falling, while the RSI and stochastic reversed from overbought territory and heading south, with a plenty of space ahead.
Daily chart shows rising bearish momentum and 10/20DMA’s in bearish setup and turning lower that maintains pressure. 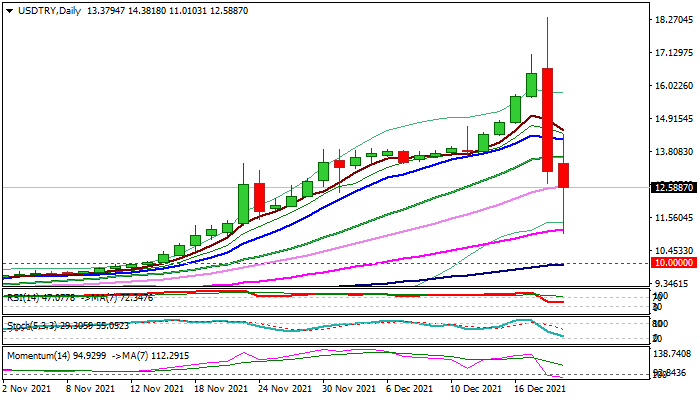