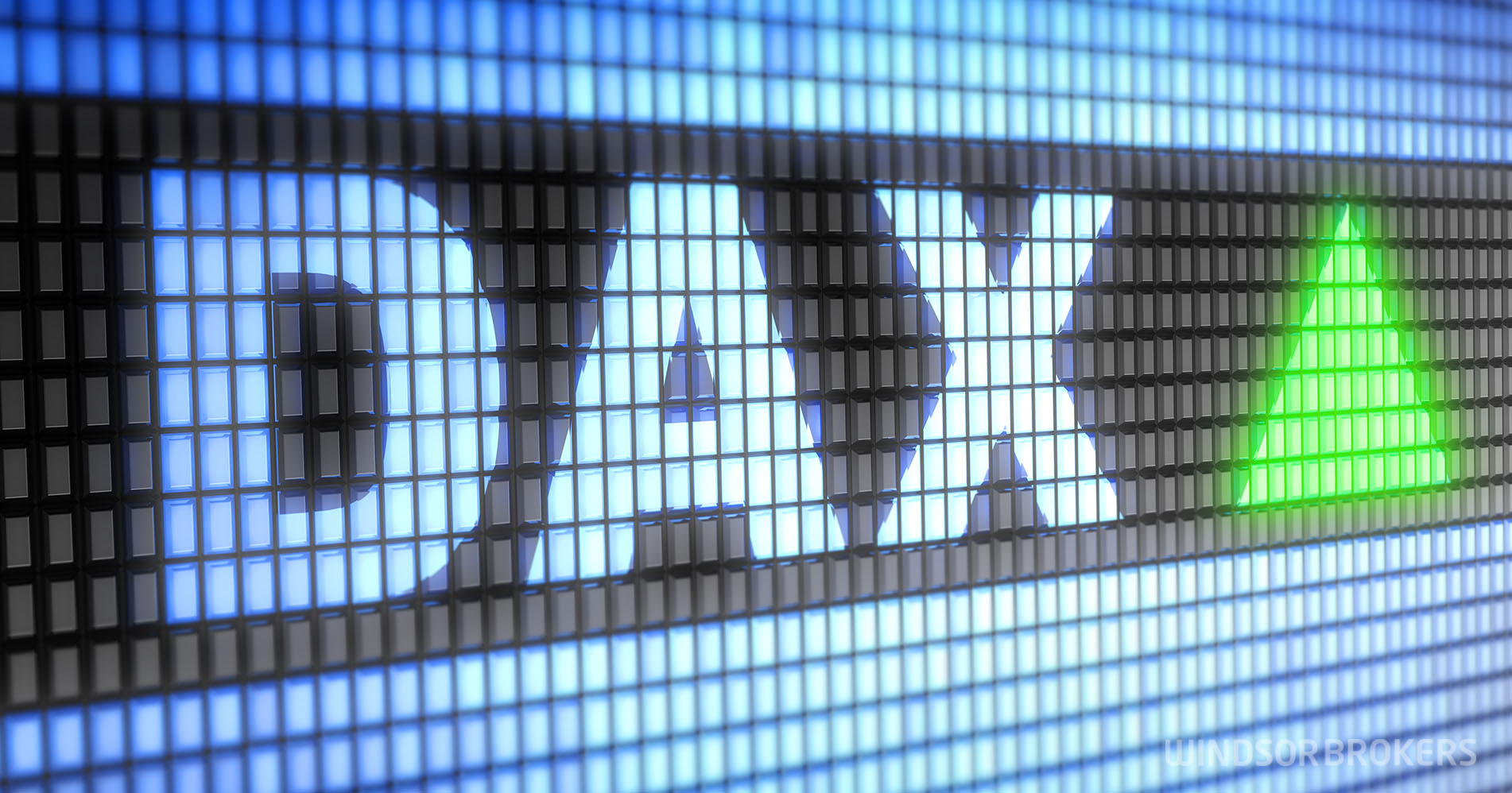 Dax index extends gains on Thursday as hopes of a large stimulus plan under new President boost risk sentiment, but traders focus the European Central Bank’s meeting today for more information about the eurozone’s economic health.
Fresh strength pressures psychological 14000 barrier after the index briefly broke above in past two weeks and posted new record high at 14120, but slipped on continuing virus concerns, as Germany remains in extended strict lockdown.
Daily studies remain in full bullish setup, with rising and thickening daily cloud underpinning the action, while 4-hr techs improved after weakening on pullback from new record high, but overbought stochastic warns of further hesitation at 14000 zone.
Sustained break of 14000 pivot would signal continuation after bulls took a breather and expose Fibo projections at 15197 and 16052 (123.6% and 138.2% respectively).
Caution on return below latest pullback’s low (13658) reinforced by rising 30DMA as the move would soften near-term structure and make the downside vulnerable.
Investors remain very optimistic on the enthusiasm of new US president and so far do not care too much if the new relief package will be eventually approved.
The European Central Bank is unlikely to further lower interest rates on today’s policy meeting, but President Lagarde may try to talk down the euro that is not expected to provide significant results for a longer period and keep the single currency’s larger bullish stance intact. 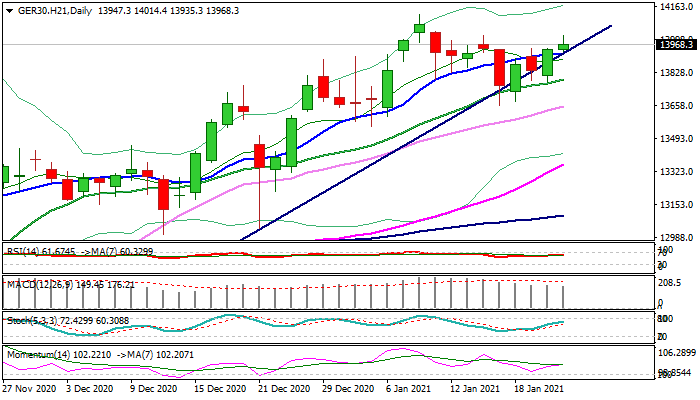