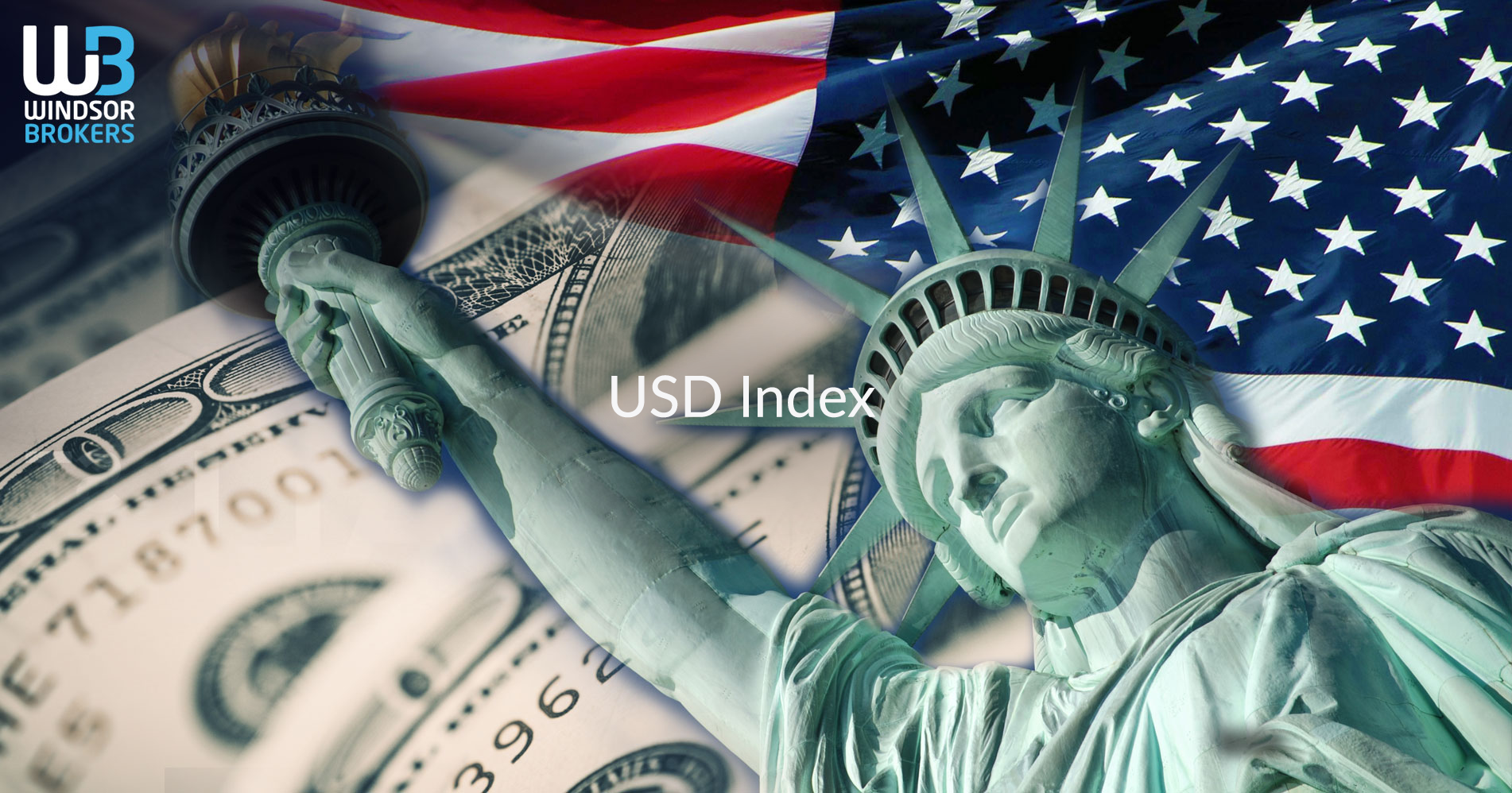 Bulls are taking a breather ahead of this week’s key events – Fed, US GDP, earnings

The dollar index eases in early Monday’s trading, pressured by rise in riskier currencies, but remains near its 3 ½ month high, posted last week.
Larger uptrend is intact, with extended sideways mode ahead of this week’s Fed policy meeting and US GDP data, seen as likely scenario.
Market expects hawkish stance from Fed and possible change in rhetoric that would signal a start of gradual removal of monetary support, which is expected as early as this year.
The greenback was also supported by accelerating US economic recovery that would also contribute to Fed’s decision.
The economy has likely grew 8.6% in the second quarter, compared to 6.4% growth in Q1.
Investors also await earnings reports from a number of S&P 500 companies this week. Which could impact market sentiment.

Technical studies remain bullish on daily and weekly charts, supporting the uptrend for final attack at key barrier at 93.45 (Mar 31 high), violation of which would complete bullish failure swing pattern on weekly chart and signal further rise of the index price.
Short-term action is tracked by rising 20DMA (currently at 92.53) during the past 1 ½ month, with dips expected to be limited by this indicator to keep bullish bias. 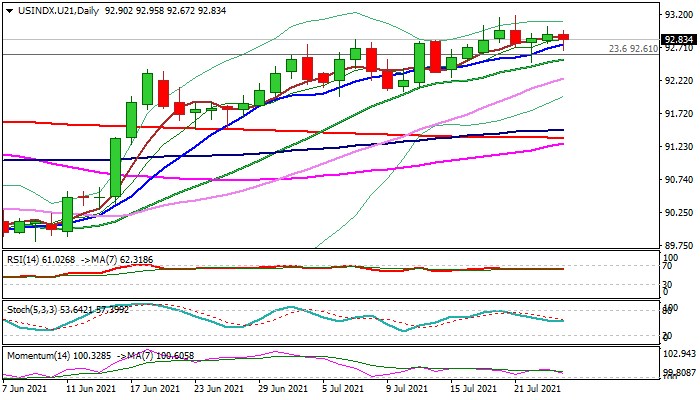 Upticks to remain below 1.19 and provide better selling opportunities