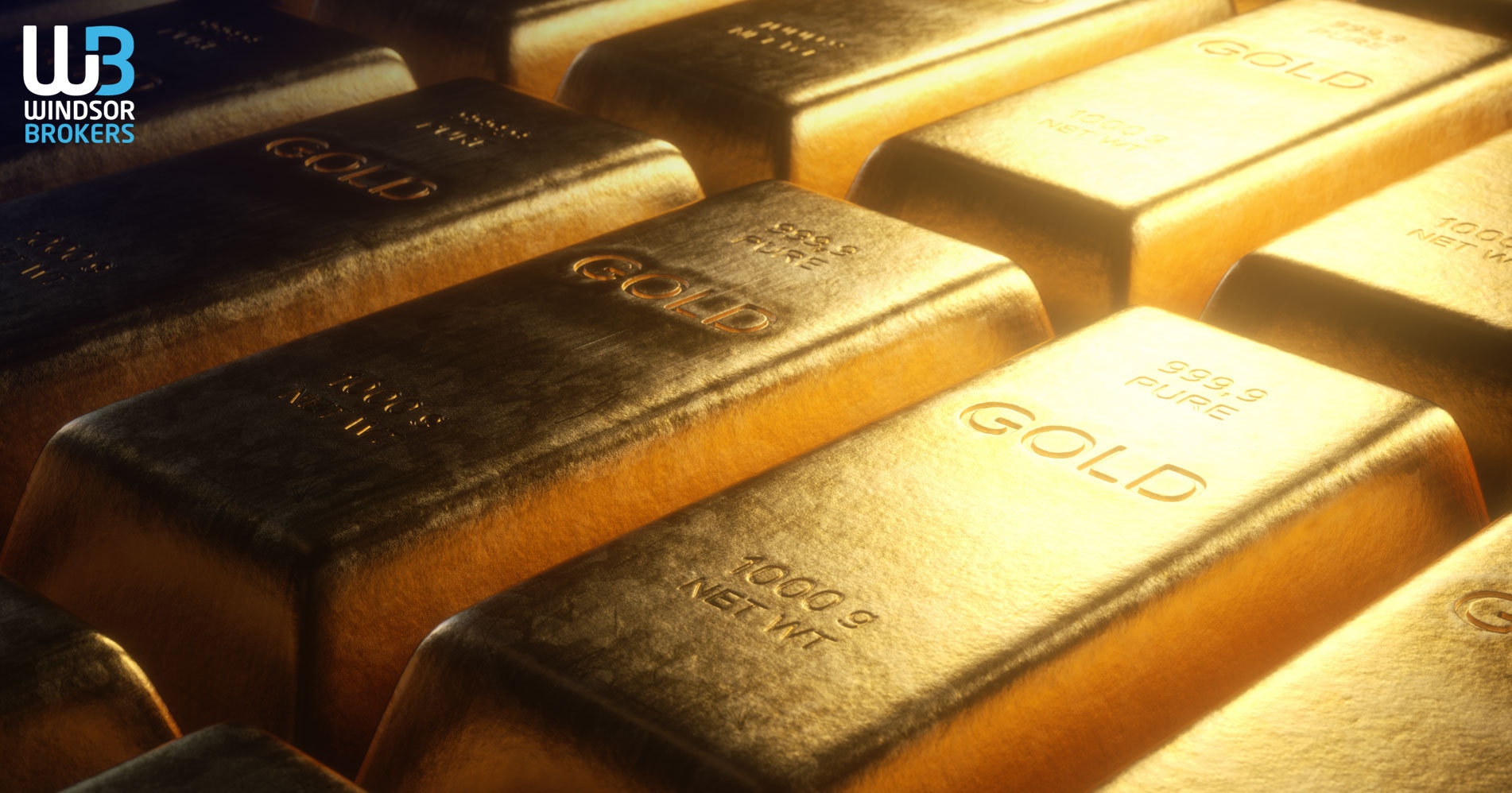 Spot gold rose nearly 1% on Monday, climbing to the highest in over one month and pressuring key barriers at $2000/$2001 (psychological / Fibo 61.8% of $2070/$1890 correction).
Growing concerns about surging inflation and economic impact from the war in Ukraine, prompted investors into safety, as the yellow metal is a safe-haven asset and also used as a hedge against inflation.
Fresh acceleration higher emerges after a brief pause on Friday, with break of $1980 (50% retracement) confirming a higher base at $1890 zone (lows of the pullback from $2070 peak (2022 peak, posted in March).
Metal’s price is expected to rise further on flow of negative news, as the conflict in Ukraine has so far showed no signs of easing that further darkens global economic outlook and continue to boost risk aversion.

Technical studies on daily chart show rising positive momentum, with the action being supported by thickening daily cloud and Tenkan-sen / Kijun-sen bull-cross, however, bulls are expected to feel a headwinds from $2000 zone and likely to consolidate before resuming.
Dips should be contained by the top of daily Ichimoku cloud ($1958) to keep bulls intact, with eventual break of $2000 pivot to expose targets at $2027 (Fibo 76.4%) and $2058 (March 9 high), which guard key obstacles at $2070/$2074 (2022/2020 record highs). 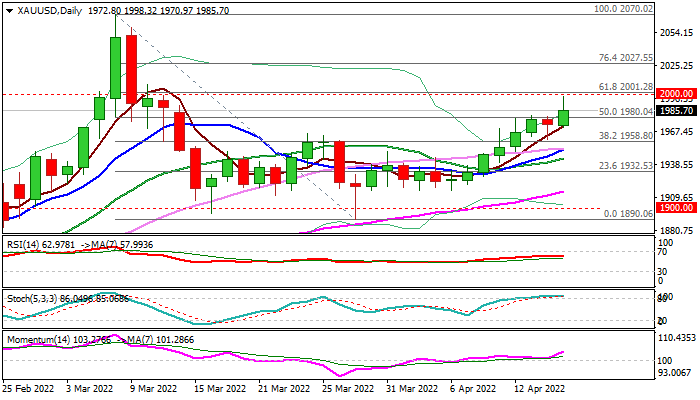