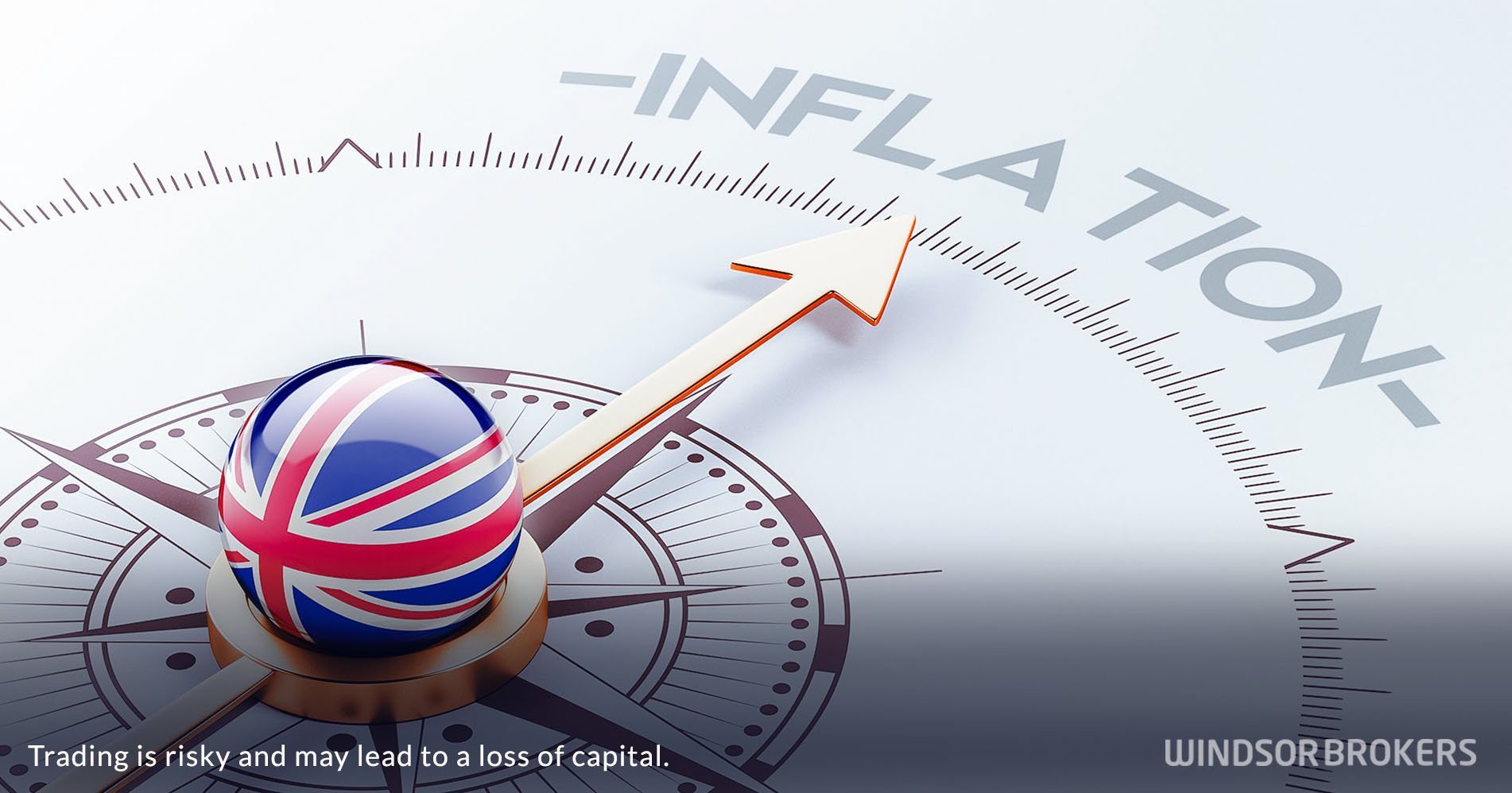 Inflation in Britain rose above expectations in December and hit its highest since March 1992, increasing pressure on the Bank of England to raise interest rates again in its next policy meeting in early February.

Consumer prices jumped to 5.4% in December, from 5.1% previous month and beat consensus for increase to 5.2%.

So-called core CPI which excludes volatile food, energy, alcohol and tobacco components, rose to a record 4.2% in December from November’s 3.9%.

Fresh rise in consumer prices reflected a wide range of goods and services, with the biggest impact coming from food and drink, followed by restaurants and hotels, as the latest wave of infections caused by coronavirus Omicron variant had a minor impact on inflation in December.

Surging inflation also becomes a political problem for the government, as the opposition pressures them to reduce an expected 50% rise in the regulated household energy prices this April, due to rising cost of living.

The Bank of England expects inflation to peak at a 30-year high of around 6% in April due to the higher energy bills, and that it will take more than two years to return to its 2% target.

The BOE was the first of world’s major central bank to raise interest rates since the start of the coronavirus pandemic, after consumer prices rose to a ten year high in November.

The latest rise in consumer prices further boosts already high expectations that the Bank of England will raise rates again on its February 3 meeting and announce that it will allow its 875 billion-pound stock of government bonds to fall as the gilts begin to mature.

Economists widely expect the central bank to raise its main interest rate to 0.5% from 0.25% and that a 4.2% annual increase in food prices was especially striking, signaling that inflation is becoming endemic rather than transitory and that households face multiple rises in the cost of living in coming months.

On the other side, factory price data showed initial signs that cost pressures may have peaked, as prices charged by factories stood 9.3% higher than in December 2020, cooling from 9.4% in November and marking the first decrease in the annual rate since July 2020.

The inflation rate for costs paid by producers for material and energy also decreased in December, falling to 13.5% from 15.2%.