The Euro eases below parity on Wednesday, weighed by fresh strength of the US dollar and failure to benefit from growing expectations for more aggressive action from the ECB next week, after the latest data showed that inflation in the EU bloc surged to new record high in August
The single currency remains depressed by mounting concerns of further economic slowdown due to surging energy and food prices, with fears that inflation is getting entrenched that would make the job of the central bank in restoring price stability more difficult.
Daily technical studies show rising negative momentum and moving averages in bearish setup that adds to weakening outlook.
Fresh weakness brings the price back within the range that extends into the second straight week, after attempts to break the upper range boundary were short-lived, increasing risk of fresh attack at the range floor at 0.9900.
Near-term action is still lacking direction, with break of either boundary (1.0100 / 0.9900) needed to generate initial direction signal. 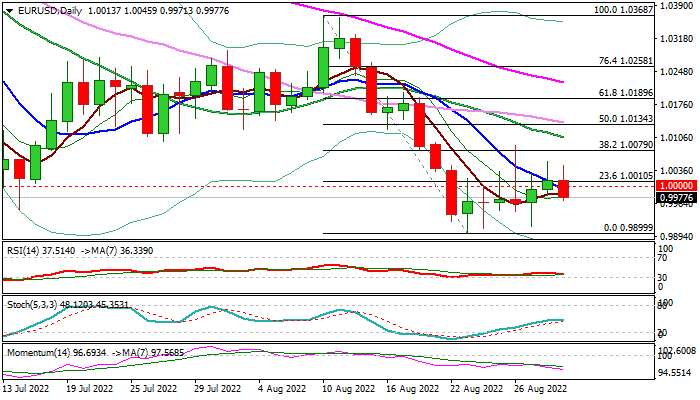